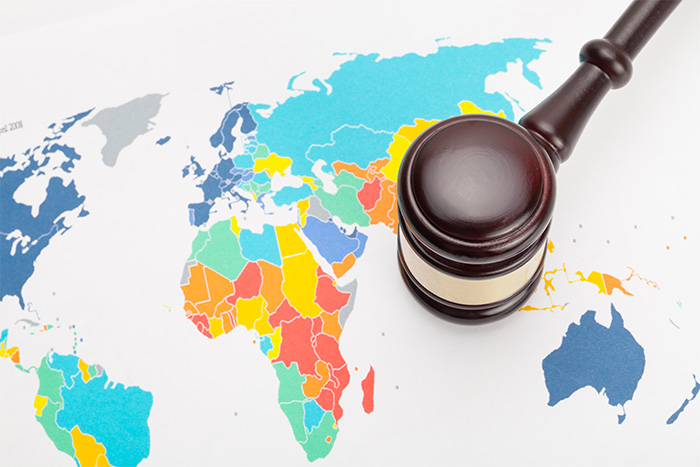 In this cosmopolitan day and age, and especially when living and working in a multinational city known for its status as an international trade hub, cultures around the world co-exist and co-function on a daily basis, whether in the context of daily life, or during a professional workday.

Living in Dubai, one can expect to meet individuals from around the globe, and when working in public service, an individual such as myself is exposed to various nationalities regularly. Part of my day-to-day role is to ensure claims filed with the Dubai International Financial Centre Courts, an international commercial and civil forum for dispute resolution, are progressed smoothly.

As an English-speaking common law island among an Arab-language civil law jurisdiction, the DIFC Courts offers a venue of choice for international litigants seeking to resolve their disputes in accordance with a world-renowned legal system, which, multinational businesses are familiar with.

A primary focus of the DIFC Courts, which allows it to be a large success with businesses, is its approach to amicable settlements. In all levels our court, our processes encourage parties to reach an agreement, rather than continue to engage in dispute; by offering a settlement-friendly environment.

The Courts offers court-mandated mediations in its Small Claims Tribunal and can refer parties to alternative forms of dispute resolution in claims brought in the Court of First Instance, under the various powers assigned to the Courts under its Rules. That being said, negotiation is a major component of such mediations, and the DIFC Courts’ trained mediators have acted as negotiators frequently, exposing them to different styles and techniques owing to individuals from varying cultures.

In my experience, I have found that parties of similar cultures often appear to reach agreement quickly and easily. The definition of culture is very complex as it has been defined in a variety of ways by various people. Culture has been defined by some as the unique social attribute that identifies a group based on a set of interrelated characteristics, dimensions, or patterns, which describe the cultural beliefs, values, or cultural structures. I am of the view that culture plays a role in mediations and the negotiations held therein, as it reflects the behavioural repertoires of the negotiators and guide their interpretation of the behaviour of others.

Culture affects how parties engaging in a negotiation think and use logic to resolve a situation. Therefore, it is my belief that culture influences not only the very purpose of the negotiation but also the behaviour of the negotiators and the action taken by them.

During my time as a mediator with the DIFC Courts, I have come across various observations of different cultures, and this has aided me in my understanding of parties before me, which ultimately can only increase my chances of success in facilitating a negotiation between parties.

For some cultures, the continuity of business plays a major role in their techniques and conduct in a mediation. Negotiators from different cultures may be prone to look at the purpose of a negotiation in a different manner. However, for some individuals, the ultimate goal of a negotiation is to sign a contract, the preliminaries of negotiation when the two parties try to understand one another thoroughly seem to be of less importance, but these preliminaries pave way for building a strong foundation for a sustainable business relationship, without which, it is difficult to ascertain whether or not the parties would continue to associate themselves with each other.

Furthermore, I believe that the way a written settlement is set out is also influenced by cultural dimensions. Some individuals prefer to have a detailed written contract that encapsulates all possible scenarios, eventualities, and circumstances, no matter how unlikely. On the other hand, other individuals prefer to have a contract with general principles mentioned instead of detailed rules and regulations. In the case of the more detailed individuals, it is likely that their priority would be the continuation of business, rather to sign a contract, but for those who wish to remain in a relationship with their business partners, they rely on the relationship rather than a written settlement to resolve the dispute at hand.

Over the years, I am proud to say that the DIFC Courts’ track record in facilitating settlements between parties has been largely successful, and in my own personal regard I owe this to the general study of individuals and how approaches to disputes may affect a mediation. A common piece of advice given to mediators in training is to build a rapport with their mediating parties, and to forge some form of understanding between them, ultimately to gain the parties’ trust to allow the mediator to negotiate with the other party on their behalf. Other factors can also be at play, such as the socioeconomic climate, as well as personal agendas and interests owing to a negotiator, could affect the outcome of a mediation.

However, in an ideal environment, it is my view that negotiators that seek to understand the verbal and nonverbal cues provided by a party to a negotiation are those who are ultimately more successful in reaching desirable results. Whether or not such cues can be attributed to a specific culture is an observation that an individual may wish to conclude, especially if such an individual was exposed to a large number of cultures frequently, as is the case in a multicultural city, like Dubai, UAE.