There is no value limit for the SCT’s elective jurisdiction in the context of employment claims. Third, if in the context of claims which are not employment related, the amount or value of the claim does not exceed AED 1 million, and all parties elect in writing that it be heard by the SCT, such election can be made in the underlying contract (if any) or subsequently. 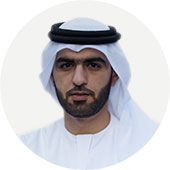 Nassir is a graduate of the University of Middlesex (UK) with a Bachelor’s Degree in Law and a Master’s Degree in Business Administration (MBA) from University of Dubai. Nassir is also the first Emirati to join the DIFC Courts whose primary legal training has been in English common law.

Prior to joining the DIFC Courts, Nassir undertook a training programme with Dubai Public Prosecutor’s Office and Dubai Courts as an intern.

The Court of First Instance (CFI) has exclusive jurisdiction over any civil or commercial case when it relates to the DIFC, in the following context:

The Civil and Commercial Division acts as a vehicle for the resolution of complex disputes arising out of civil and commercial matters. The types of disputes that can be resolved through this Division are those relating to, but not limited to, employment, breach of contract, property and tenancy, banking & finance, which require specific expertise across the broad and complex expanse of disputes of this nature. A specialist judge heads this Division and works on encouraging parties to agree on timelines for the progression of cases, as well as ensuring matters requiring a decision from the Court are dealt with expeditiously and fairly, in line with the DIFC Courts’ commitment to transparent and efficient access to justice.

In September 2022, Justice Sir Jeremy Cooke was appointed Judge in Charge of the Civil & Commercial Division.

Sir Jeremy Cooke is a graduate of St Edmund Hall, Oxford from 1967-1970 and has an MA 1st Class Honours degree in Jurisprudence.

Sir Jeremy Cooke was an Articled Clerk with Speechly Mumford and Soames 1971-1973, admitted as a solicitor 1973. He was Called to the Bar 1976 (Lincoln’s Inn), Droop Scholar and practised at the Commercial Bar, specialising in Commercial Court and Arbitration work. He served as a High Court Judge, Queen’s Bench Division, 2001 and then was appointed to the Commercial Court in 2003. Justice Jeremy Cooke was appointed as a Judge of the DIFC Courts on 13 April 2016.

The Technology & Construction Division (TCD) draws on specialist judges and a new set of industry-specific rules to fast-track dispute resolution, providing greater certainty to businesses in court. The Division will only hear technically complex cases.

Examples in the construction sector might include complicated engineering disputes or claims arising out of fires. Technology-related cases could include liability for cybercrime incidents, disputes over the ownership and use of data, and issues relating to emerging technologies such as artificial intelligence or connected cars.

In September 2022, Justice Wayne Martin was appointed Judge in Charge of the Technology & Construction Division. 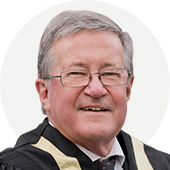 Established in 2020, the Arbitration Division is mandated to accommodate the rapidly increasing number of arbitration-related cases. Similar to the Technology & Construction Division (TCD) launched in 2017, the Arbitration Division leverages dedicated judicial and registry oversight and case management expertise. Streamlining the arbitration-related cases under the new division has also led to increased efficiency of process, with the ability to swiftly review applications for interim measures and injunctive relief mechanisms.

With its extensive national, regional, and global connectivity, the DIFC Courts empowers its specialised Arbitration Division to leverage existing enforcement expertise, helping to ensure certainty of recognition and enforcement of arbitral awards.

To bolster the Arbitration Division, the DIFC Courts has also launched an Arbitration Working Group in 2020, the first court in the region to introduce such an initiative. The panel of experts are tasked with reinforcing and sharing developments and best-practices, encompassing an advisory team of arbitration professionals, bodies, centres, educational institutions, and industry-related organisations.

In February 2020, H.E. Justice Shamlan Al Sawalehi was appointed Judge in Charge of the Arbitration Division. 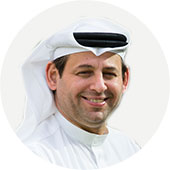 H.E. Justice Shamlan Al Sawalehi has over 23 years of experience in international commercial and financial litigation in common law, civil law and Sharia’ legal systems. He has experience in arbitral practice in civil and common law systems, as has served as sole arbitrator, Co-arbitrator and Chairman of many arbitral tribunals. He frequently speaks and writes on topics involving DIFC Courts and international arbitration.

Prior to joining the DIFC Courts, Justice Al Sawalehi was the founder of Shamlan Law firm, where he represented governments and private clients on complex commercial and financial disputes in the UAE and MENA region. Prior to that, he served as Director of Strategic Affairs at The Executive Office of His Highness Sheikh Mohammed bin Rashid Al Maktoum, UAE Vice President, Prime Minister and Ruler of Dubai where he was involved in number of strategic legal cases.

Justice Al Sawalehi was also a manager of the Enforcement Department of the Dubai Financial Services Authority (DFSA) where he supervised the International Financial Services Institution Compliance with the international best practice and DFSA regulations. Prior to joining the DFSA, he served for five years as a Public Prosecutor with the Dubai Public Prosecution Department in both criminal and civil departments, where he was involved in investigations of high profile commercial and financial crimes, and represented the Government’s Departments on several high value litigation before Dubai Courts.

H.E. Justice Al Sawalehi holds a Master’s degree with Merits in International Commercial Law from Westminster University in the UK, a Higher Diploma with Honour in Advanced Legal and Judicial Studies from the Dubai Judicial Institution, and a Bachelor with distinction in Shari’a and Law from the UAE University.

With the continuous growth of digital transformation across the world, trade and services inevitably integrate digital technology in their fundamental operations. Now, more than ever an innovative judicial system is key to promoting growth as well as providing security, reliability, and protection for companies and businesses.

In September 2022, Justice Michael Black was appointed Judge in Charge of the Digital Economy Court Division. 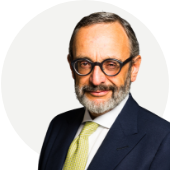 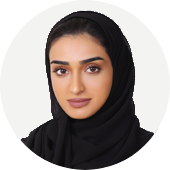 In 2022, Justice Michael Black was appointed as a Judge at the DIFC Courts Court of Appeal and Judge in charge of the Digital Economy Court (DEC).

Prior to his appointment at the DIFC Courts, Justice Black has been involved with the DIFC Courts since it was established in 2004. As well as assisting the First Chief Justice, Sir Anthony Evans, in establishing the Courts’ structure and drafting the Rules, Justice Black was also the first Practitioner to be Registered under Part II and appeared in the first trial before the Court of First Instance and the first hearing before the Court of Appeal.

Justice Black served as a Deputy Judge of the Technology & Construction Court in London between 1999 and 2013 and a Deputy High Court Judge (Queen’s Bench Division) between 2008 and 2013.

Justice Black was called to the Bar of England & Wales in 1978 and appointed Queen’s Counsel in 1995.

In 2022, Maitha Al Shehhi was promoted to a Judicial Officer to support the Digital Economy Court (DEC) Division. Maitha joined the DIFC Courts as a Case Progression Officer in April 2019. She is an accredited mediator from Royal Institution of Chartered Surveyors (RICS) and currently sits in consultations as a Small Claims Tribunal (SCT) Judge. Maitha holds a Bachelor of Law from the University of Sharjah, and a Master’s Degree in Public International Law from Queen Mary University of London.

This Court shall be comprised of at least three (3) Judges, with the Chief Justice, or most senior Judge, presiding. The Court of Appeal has exclusive jurisdiction over: