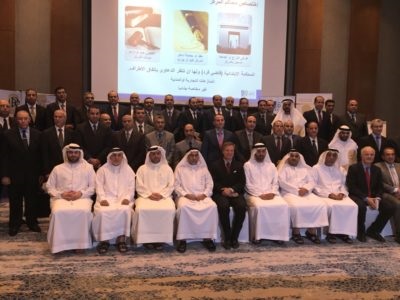 As part of a commitment stemming from the inaugural Joint Committee meeting between the Dispute Resolution Authority (DRA) and Ras Al Khaimah in March, the Judicial Excellence Programme launched a series of six workshops by DIFC Academy of Law and Ras Al Khaimah Courts Department.

Held over the course of six weeks, from April to May, Judge Ali Al Madhani of the DIFC Courts led the knowledge transfer seminars in Ras Al Khaimah. Judge Al Madhani shared his professional background as both a common law and civil law practitioner, and a judge of the DIFC Courts. Real-life practical experiences in areas such as case management, judicial efficiency, communications with lawyers, and how to better allocate court resources, were discussed.

Judge Ali Al Madhani, DIFC Courts, said: “Over the past six weeks we discussed a range of topics that are important to developing a high standard for court excellence. I feel that this kind of knowledge transfer will not only further strengthen the judicial benches locally in the UAE, but also help deliver court excellence in the GCC region, something both our courts strive to do.”

Administration of justice: Analysis of the current system, staffing, roles, work allocation and the role of cost considerations in administrations of justice

Small claims administration: Introduction and the SME impact; relationship between judiciaries and economies and process and cost-efficiency. Analysis of comparative systems in the UK, Singapore and DIFC.

Judge skills: Differing roles, from the litigant to the lawyer and the public’s expectations. How to ensure smooth lawyer communications.

According to David Gallo, Director, DIFC Academy of Law: “The knowledge transfer seminars help raise the bar for court excellence in the GCC region. We look forward to further strengthening our relationship with Ras Al Khaimah Courts in other areas of law in the future. There are several areas of potential cooperation, from developing a possible Code of Professional Responsibility, to a possible Pro Bono Programme, whereby the legal practitioners can give back to the community. In addition, continuing legal profession education programmes to ensure high standards of lawyer knowledge and skills, will be introduced in the future. It is an exciting time and we look forward to working even more closely together.”