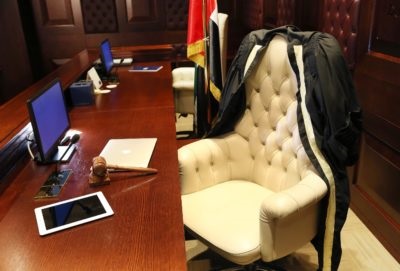 For most people, the words courts, service and innovation are rarely uttered in the same breath. After all, courts are generally places where people are compelled to attend, while, for the most part, proceedings would not be that unfamiliar to someone looking on from a century ago. Yet customer service and technological innovation have become two hallmarks of the best modern commercial court systems.

Streamlining the process and engaging the end-user

Recent innovations like electronic registry systems have allowed for the extremely fast and efficient filing of documents, payment of fees, and access to case information from anywhere in the world. At the DIFC Courts, we are digital to the core, with e-Registry filings in the first quarter of 2017, for instance, recorded at over 90 per cent. Moreover, our e-Filing and e-Registry systems have served as a benchmark for one of Europe’s leading commercial courts for the design and implementation of their Case Management System (CMS).

In terms of the courtrooms, advances in audiovisual technology mean parties do not necessarily need to be present in the same location, but can instead attend hearings virtually. This is something the DIFC Courts have implemented successfully in the main court for some time now, with lawyers and parties attending hearings via videoconferencing, supported by digital and video transcripts, with public hearings available for viewing on YouTube. Since 2016, the Courts’ smart Small Claims Tribunal (SCT) enables parties to resolve disputes from any location by participating via smartphone or phone. Only the judge need sit in Dubai in the purpose-built smart SCT room, flanked by screens showing the parties, with a control panel to either open the virtual courtroom to all, or to switch to private mode with one party only. The amount or value claim for this court has a cap at USD$136,128 (AED 500,000).

Social media is now being integrated into the operations of court systems around the world. The first step is using channels such as twitter, LinkedIn and Instagram to communicate with stakeholders, individual court users and the larger legal audience. The next step is to deploy these channels effectively for case management, for example for e-service of claims. The old system of posting a letter to the last-known address, or placing an ad in a local paper for a party who is likely to have skipped the jurisdiction, seems archaic in today’s world.

New technology means that now the entire dispute resolution process can conceivably be taken into the online realm.

The DIFC Courts believe this could be particularly useful in relation to the growing e-commerce sector, where transactions often transcend borders and disputes are usually relatively straightforward. We envision a three-stage process, with evaluation and facilitation of the dispute conducted online by the e-commerce platform as part of their buyer-seller money-back guarantee process. However, if there is no settlement, an enforceable decision at the adjudication stage could be made by a judge online sitting in a virtual court, based on submitted documents and testimony via web and video conferencing. We have kicked off this process for small claims with our Smart Small Claims Tribunal using technologies for digital case management combined with Microsoft’s Skype for business communications platform.

This process would ensure that both the merchant and their customer can access wherever they have a broad band connection and a smartphone or laptop, and deliver the third step to complete the online dispute resolution pathway.

The many technological advances seen in top commercial courts around the world in recent years are positive, but in reality they are only part of the reason that service standards are being driven higher. Arguably, the biggest shift is in the mindset of commercial courts. They are adapting to the fact that they are longer seen as the default option: companies and individuals can choose how and where to resolve their disputes.

In this context, service matters greatly. Research shows that the settlement rates in commercial cases are higher where the courts provide a good user experience. In light of this, in 2015, the DIFC Courts were proud to be the first Dubai government entity to receive five stars for service under a new rating system introduce by the UAE. Since then we have installed a “happiness meter” in our lobby, which revealed that 96% of visitors to our Courts last year were happy with their experience. The Courts are currently preparing a submission in 2017 for the six star rating, which will further reinforce customer service and public service excellence at the heart of the Courts’ strategy.

The DIFC Courts, like an increasing number of our peers around the world, understand that fast, efficient and professional service, whether enabled by technology or by the actions of a member of the Registry team, can make a real difference to outcomes.

Ultimately, modern courts must be enabled, but not defined, by technology. Incongruous though it may sometimes seem, commercial courts are fundamentally people-first organisations, with customer service an absolute prerequisite for success now and in the future. As exciting as the many new technologies at our disposal may be, they are just vehicles to help us on our journey. We must not forget that judicial excellence and serving the court user is the ultimate destination.