Trans-systemia and the future of disputes 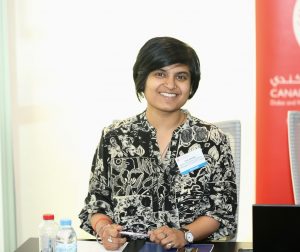 DIFC Courts’ Chief Justice Michael Hwang has called the DIFC Courts “a common law island in a civil law ocean.” Beyond co-existence, where are the bridges being built between these two legal traditions? How will these legal traditions and institutions respond to disputes of the future? These two streams of enquiry are driving the McGill University-DIFC Courts Clerkship programme.

McGill University is the oldest law school in Canada and the only Canadian law school to teach a bilingual (French and English) and bi-juridical (civil and common law) curriculum. More recently, it has pledged to integrate another critical pillar into its legal training – that of indigenous legal traditions. At the heart of McGill’s theory of trans-systemia lies the notion that no legal tradition is better than another. Indeed, the primary ambition of trans-systemic teaching is to identify fundamental juridical problems common to all traditions and subsequently imagine the appropriate legal solutions (if any).

Trans-systemic thinking also comes with a line of questioning that has future practical importance for the DIFC Courts. In 2017, in partnership with Dubai Future Foundation (DFF), the DIFC Courts announced the Courts of the Future Forum. At the launch of the Forum’s global consultation, it was noted that while future courts are still being imagined, it is more certain that they will be both global and multilingual. The first step was to begin to determine new types of rules that could underpin commercial justice in the future.

DIFC Courts have pioneered new thinking by taking a digital approach to resolving legal disputes. Leaders at DIFC Courts are bringing law and technology together to resolve the disputes of the future—for example those stemming from China’s Belt & Road Initiative (BRI). With more and more disputes likely to involve multiple parties without a single physical geographical nexus, what we think we know about law is about to undergo considerable change.

In this light, the ambitions of the McGill University-DIFC Courts Clerkship programme are obvious. The DIFC Courts may be a common-law island in a civil law ocean, but they place significant importance on engaging different strands of legal orders, communities, and languages– as evidenced by the numerous memorandum agreements with civil and common law courts around the world. At the same time, as Dean Leckey of the Law Faculty at McGill University has noted, “[t]he McGill lawyer is a chameleon, able to speak and work with jurists formed in many jurisdictions and to speak their language as necessary, always knowing there may be more than one right answer, or none.”

By joining forces, these two institutions have signalled how important it is for courts and education institutions to actively learn and work side-by-side—not only to understand the important ways in which the existing civil and common law traditions may interact, but also to produce lawyers and jurists who can map new territories and navigate the changing tides of our future legal oceans.