The UAE's next generation of legal professionals 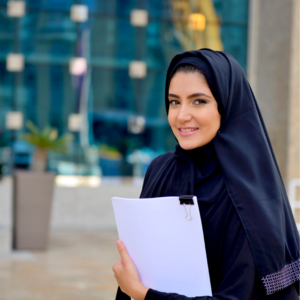 We would like to congratulate the winners of the DIFC Courts Scholarship Awards 2019, wherein we award the country’s most promising law students through the DIFC Courts Pro Bono Programme. These Scholarship Awards underscore the DIFC Courts’ commitment to develop the UAE’s next generation of legal professionals. Over the years we have devised various programmes for filling gaps in traditional legal education by encouraging undergraduates to pursue jurisdictional knowledge in both civil and common law, using these scholarships as a platform to help broaden and hone their skills within these systems.

Each winning student demonstrated a strong Grade Point Average (GPA), clear commitment to advancing the global legal system, and requirement for financial support with their education. Reinforcing the values of the Year of Tolerance, four undergraduate recipients from two law schools have each been awarded AED 15,000 for tuition by the DIFC Courts, and textbooks worth USD$500 awarded by LexisNexis. These individuals have earned their scholarships through hard work, dedication and passion, and the DIFC Courts is proud to help them along their journey to become successful lawyers that will help shape the UAE’s legal landscape over the coming years.

In line with HH Sheikh Mohammed’s vision, the DIFC Courts serve to develop the UAE national workforce and enhance the competitiveness of Emirati advocates. The DIFC Courts are spearheading training programmes predominantly aimed at local Emirati lawyers, which offer knowledge of, and qualifications in, the English-language common law system. This year we are particularly proud of the four female winners of the scholarship. For the future, the next step is to nurture the transition of more female Emirati women into the legal sector, the Courts and the judicial bench. The DIFC Courts were the first court in the UAE to introduce a female judge and we are now working with some very promising young female Emirati talent in order to assist them with joining the judicial bench at the DIFC Courts.