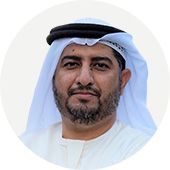 In 1994, H.E. Justice Omar Al Mheiri was appointed as a Prosecutor for Dubai Public Prosecution and served as Prosecutor until 1998. In 1998, he was appointed by the Ruler of Dubai to serve as a Judge in the Dubai Courts. During his tenure as a Judge, H.E. Justice Omar Al Mheiri dealt with a large number of major criminal, commercial and civil cases. As of November 2018, H.E. Judge Omar Juma Al Mheiri has been appointed Deputy Chief Justice of the DIFC Courts by His Highness Shaikh Mohammad Bin Rashid Al Maktoum, Vice-President, Prime Minister of the UAE, and Ruler of Dubai. 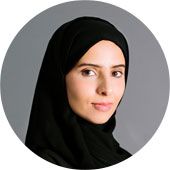 Amna Al Owais is currently the Chief Registrar of the DIFC Courts and oversees operations and quality management, supervising the Courts’ Judicial Officers and Registry personnel, as well as the delivery of a comprehensive suite of court public services.

In 2014, Amna was selected to join the Mohammed Bin Rashid Centre for Leadership Development (MBRCLD) – the Young Leaders category, and furthermore in 2018 after the relaunch of the MBRCLD, under the Dubai Executive Office and after an extensive selection process, Amna was selected to join the first batch of the MBRCLD Impactful Leaders Programme. Amna successfully graduated in December 2018.

She also spearheaded the establishment of the DIFC Courts’ Pro Bono Programme, launched in 2009, which is the first scheme of its kind in the Middle East.

In 2019, Amna was invited to join the Dubai Future Councils, a new initiative launched by His Highness Sheikh Hamdan bin Mohammed bin Rashed Al Maktoum, Crown Prince of Dubai, and Chairman of the Board of Trustees at the Dubai Future Foundation.

Previous to her employment at the DIFC Courts, Amna practiced as a lawyer in the litigation department with Hadef Al Dhahiri & Associates, now known as Hadef & Partners. Amna holds a Bachelor’s Degree of Law from the University of Sharjah and obtained a Masters (LLM) with Commendation in International Commercial Law from Kingston University, London. 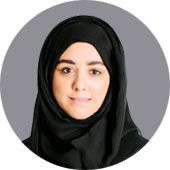 Reem Al Shihhe joined the DIFC Courts in January 2011 as the Head of Human Resources and Business Excellence.

In 2014, Reem became the Chief Operating Officer, overseeing all the operational departments of the DIFC Courts. Following her success in 2015, Reem graduated from the Mohammed Bin Rashid Centre for Leadership Development – the Young Leaders category.